What groups were potentially targeted for deportation under the Alien and Sedition Acts?

How might supporters of these laws have justified their provisions?

What might some of the potential long-term implication be of the law targeting “Alien Enemies”?

In response to fears of war with France, President John Adams and Congress pushed through four laws– known as the Alien and Sedition Acts– that limited the freedom of speech and of the press and represented some of the first federal deportation laws. The Alien and Sedition Acts authorized the detention or deportation of persons seen as posing political threats to the United States and those who emigrated from “hostile” nations and imposed more demanding requirements for naturalization. While the Sedition Act led to the prosecution and conviction of several newspaper owners, the deportation laws were generally not actively enforced at the time. The Adams administration also faced widespread criticism for these harsh laws. Nevertheless, the Alien Enemies Act of 1798, which authorized the President to detain, relocate, or deport immigrants from hostile countries in a time of war, is still in force in modified form. 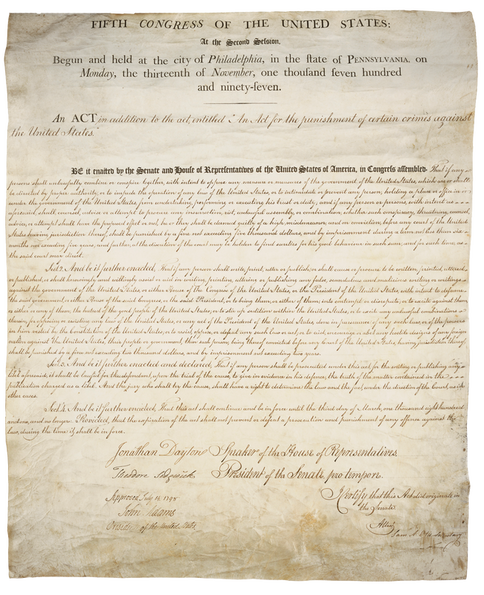