This program sent about 120 Chinese students to study in New England and is often cited as a pioneering effort in mutually beneficial systems of international education which promoted the sharing of knowledge and understanding and improved international relations.

Includes a directory of CEM students, their biographies and positions.

How might educational exchanges promote better international relations between countries?

Describe what you think this educational exchange would have been like from the perspective of a Chinese student.

Even as the anti-Chinese movement raged on the west coast, about 120 Chinese teen-aged boys through the Chinese Educational Mission (CEM) with scholarships from the Chinese government to study western liberal arts and sciences.  The goal for the CEM students was for them to help China develop and self-strengthen along western lines while retaining core Chinese values.  This early version of an international education program produced China’s first generation of government officials who played key roles in modernizing the Chinese railroad, banking, telegraph, mining, and military systems, and helped to establish the foundations of modern diplomatic institutions, journalism, and taxation.  This program is often cited as the pioneer in now standard systems of international education programs, such as the Fulbright programs, in which international education fosters international cooperation and understanding while promoting US influence over future leaders of foreign countries to be oriented and sympathetic to the United States. 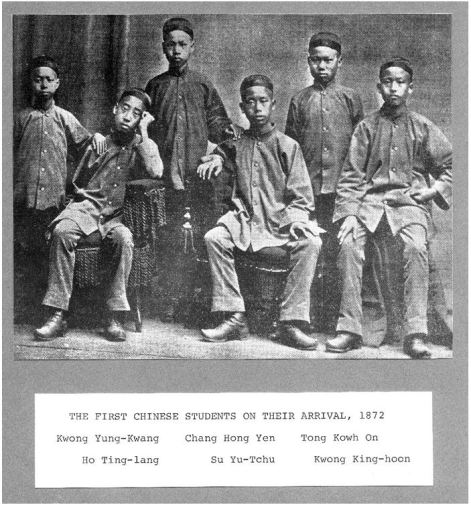