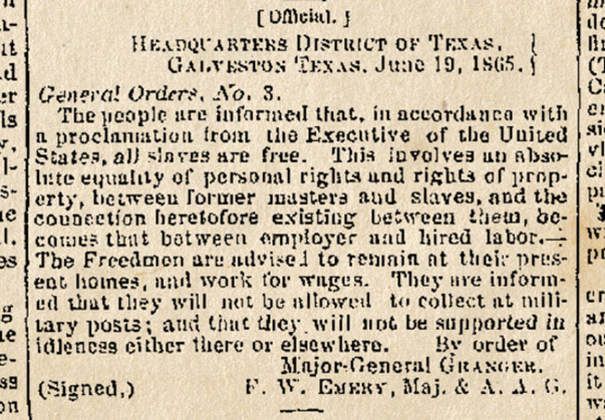 How did President Lincoln justify his proclamation freeing the slaves in the Confederacy?

What does Lincoln encourage newly freed slaves to do?

What do you think the Emancipation Proclamation would mean to a newly freed slave in the Confederate South?

Abraham Lincoln enacted an important step toward ending slavery by issuing this executive order that declared “all persons held as slaves” within the Confederacy “shall be free.” While the executive order was limited in many ways, it marked the beginning of a long struggle at the federal level to integrate African Americans as equal citizens in the United States. Many of the amendments, laws, and court decisions regarding racial inequality and equal protections that followed had implications for immigrants and immigration restriction and enforcement.

By the President of the United States of America:

“[A]ll persons held as slaves within any State or designated part of a State, the people whereof shall then be in rebellion against the United States, shall be then, thenceforward, and forever free; and the Executive Government of the United States, including the military and naval authority thereof, will recognize and maintain the freedom of such persons, and will do no act or acts to repress such persons, or any of them, in any efforts they may make for their actual freedom . . . .

And by virtue of the power, and for the purpose aforesaid, I do order and declare that all persons held as slaves within said designated States, and parts of States, are, and henceforward shall be free; and that the Executive government of the United States, including the military and naval authorities thereof, will recognize and maintain the freedom of said persons.

And I hereby enjoin upon the people so declared to be free to abstain from all violence, unless in necessary self-defence; and I recommend to them that, in all cases when allowed, they labor faithfully for reasonable wages.

And I further declare and make known, that such persons of suitable condition, will be received into the armed service of the United States to garrison forts, positions, stations, and other places, and to man vessels of all sorts in said service.

And upon this act, sincerely believed to be an act of justice, warranted by the Constitution, upon military necessity, I invoke the considerate judgment of mankind, and the gracious favor of Almighty God . . . .