This Supreme Court case established the precedent that any person born in the United States is a citizen by birth regardless of race or parents' status. 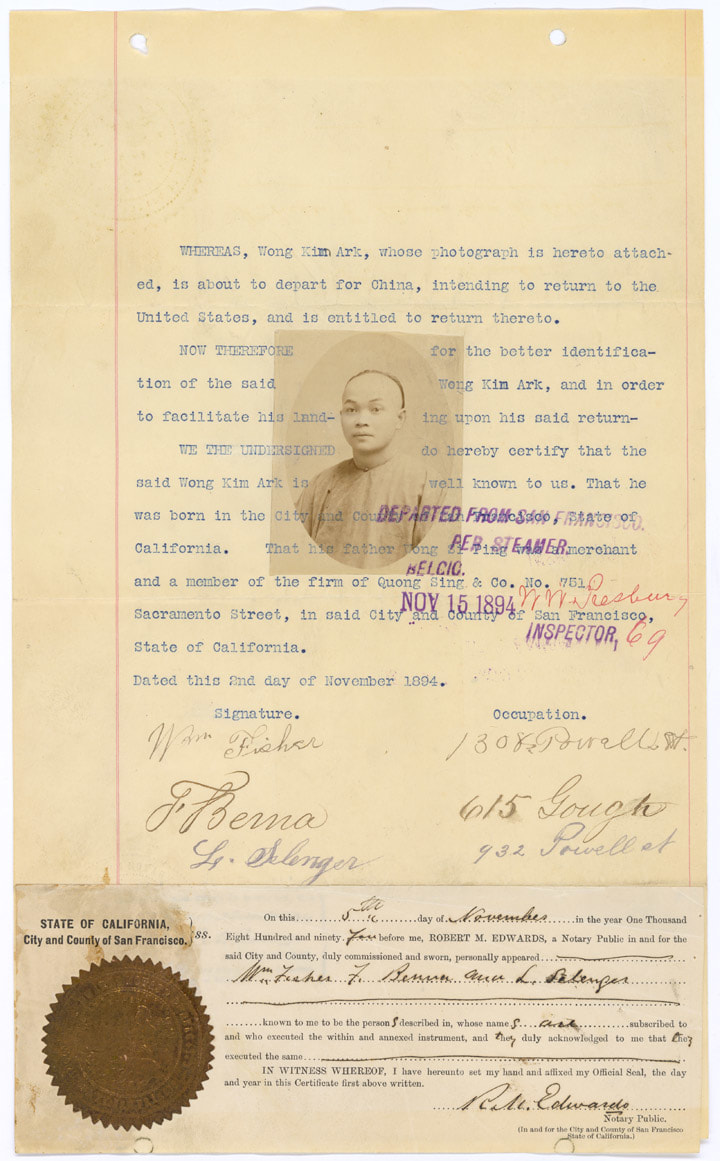 What is the central argument made by the U.S. attorney?

What justification does the court give for affirming the citizenship of Wong Kim Ark?

Identify two potential long-term implications of the affirmation of birth-right citizenship in the United States.

Its main purpose doubtless was, as has been often recognized by this court, to establish the citizenship of free negroes, which had been denied in the opinion delivered by Chief Justice Taney in Dred Scott v. Sandford . . . .